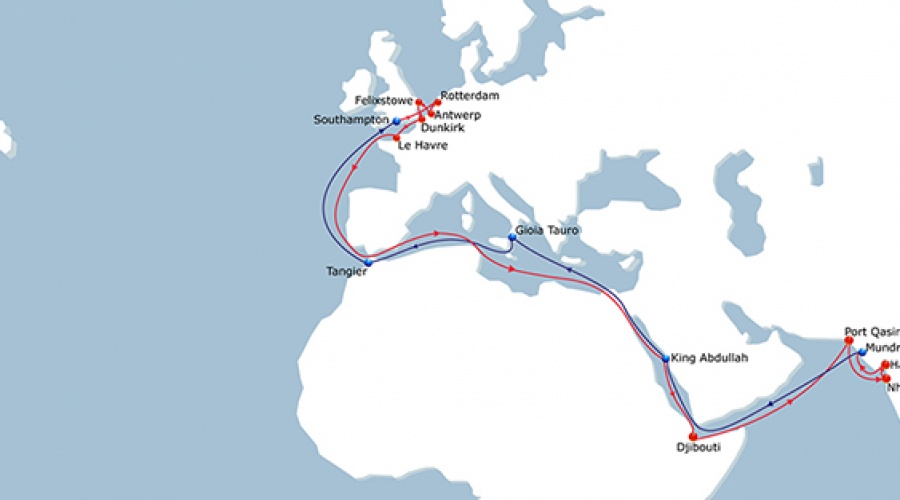 With the first call of CMA CGM Traviata in Port Qasim, the EPIC 1 service will commence on July 26.

EPIC 2 will connect North Europe and United Arab Emirates, Pakistan and North West India. In partnership with Hapag-Lloyd and Hamburg Süd, the rotation will be the following:

The EPIC 2 service will start on July 24, with the first call in Khorfakkan.

The new services will improve the company’s port coverage with the addition of a weekly call in Hazira, India and with three weekly calls (Southampton and Felixstowe on EPIC 1, London Gateway on EPIC 2) in the United Kingdom.

In addition, transit times from India will be improved with an increase of calls in Port Qasim, Nhava Sheva and Mundra.